In the last week there has been continued talk about the claims that mobile networks will ban advertising on web pages and apps. I don’t know about you, but this threat has yet to prove it has some meat in it. Frankly, I think it’s an insult to publishers that work extremely hard to provide excellent content for people to read for free.

I personally think Martin Bryant from TNW (keeping in mind that TNW has display ads) was right when he controversially said “I hate to go all high-and-mighty-Mr-Morals, but the proud ad-blocking folk out there are happily starving sites (that they rely on for information and entertainment) of vital income.”  I mean just think about the amount of work that goes in to online publications to make their money, and to take one of the largest revenue streams away from them can have huge negative impact on the content they provide. I emphasize again, for free. 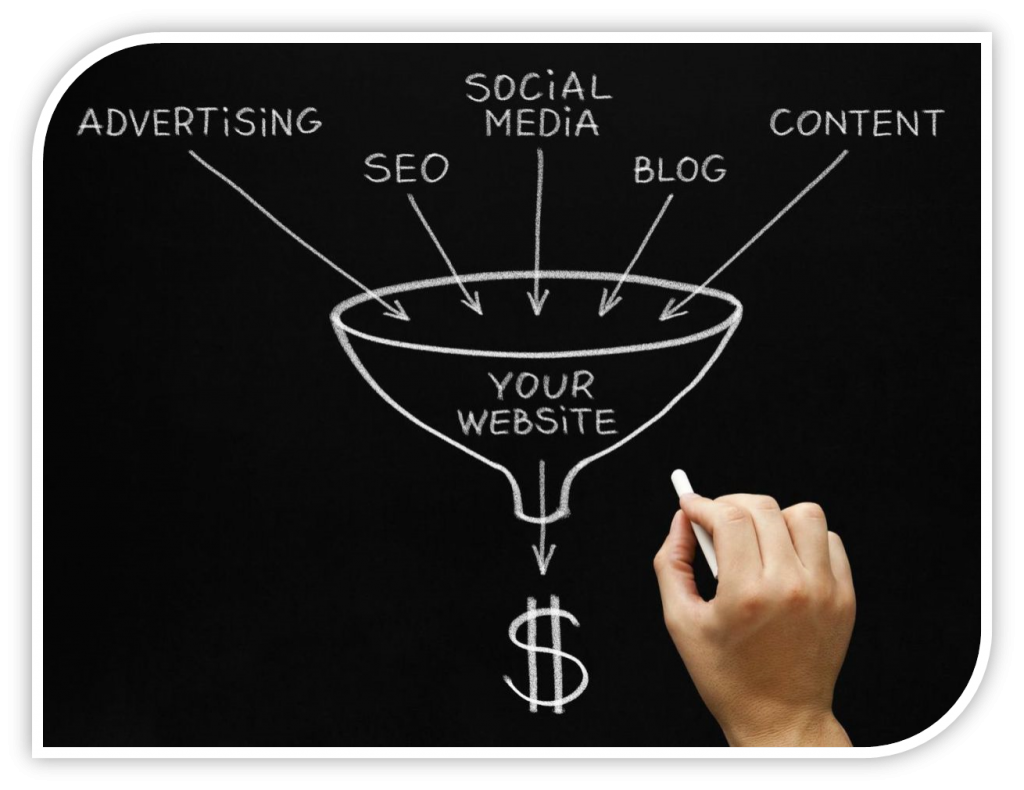 The recent claims came from the Financial Times report which stated that an “an executive at a European carrier confirmed that it and several of its peers are planning to start blocking adverts this year”. Apparently this will be available as an opt-in service, though timing of this claim comes shortly after Google’s Mobilegeddon, and appears to aim to break Google’s hold on advertising in the mobile arena.

It might sound scary at first, but this type of hype in the digital world isn’t new. Often in our industry there can be a lot of hype that doesn’t measure up to the actual effects of the situation. When this happens the public will abandon the trend and actually have less respect for such companies pulling at our emotional threads. The most obvious example of hype vs reality is the recent Mobilegeddon incident. For months people worried, discussed and argued over what was going to happen after the Google update. Following the 21st April, people waited for the big change but many have gone on to write about what didn’t happen.  Another example of a trend that left us disappointed in the past is the virtual reality hype that fizzled out a few years ago. What ever happened to the Oculus Rift that Facebook bought in 2014- wasn’t that supposed to change our lives to a futuristic alternative? Hmm. No.

This is not Google’s or virtual reality’s fault, it is the nature of the digital playground to hype up certain trends to get people either worried or excited. So taking these hypes into consideration and the lack of evidenced support for the mobile ad blockers, I think it’s safe to say publishers shouldn’t worry.

Here are five reasons to give you assurance that these mobile advertising threats actually have no basis for going forward.

If these mobile networks are supposedly going to veto mobile advertising they are actually preventing their users from having free will and choice. They might not think it, but there are people that actually don’t mind supporting their publishers and understand the importance of advertisements in generating revenue and keeping their favorite content going. Even if they say there is a way to opt in, many mobile users may not be tech savvy enough to know how to opt out if they want to. This unfair advantage that they are threatening to use will surely come to heads with a backlash. If a network is able to choose what it shows to its users without consent, isn’t it just one step closer to the 1984 world George Orwell describes?

In my opinion geo location technology in mobiles is such a great tool that can actually identify relevant information for me to see. I would be more than happy to receive advertisements from my local coffee shop offering a 2-4-1 deal, which I am likely to go over and buy. If you are like me you are going to want to keep seeing ads, in particular the ones that are promoting the business around the corner. If you are not familiar with the latest geo location services of Google Now, I recommend checking out this video:

I don’t remember a time when mobile technology was advancing as much as it is right now. More apps have been created, mobile friendliness is at the top of the list for all top publishers, and different ways of engagement have all led to a new mobile browsing experience. I mean, just check out what Disney is investing billions of dollars into.

Publishers are not wanting to be left behind so they are taking on new ways of displaying their content so that it appeals to the mobile browser. This includes advertising. The mobile advertising era has just begun, and to shut it down before it even is allowed to develop fully could also hinder other technological advancements. I am amazed at all of the innovation that mobile has brought forward and it would be sad to see it being slowed down. Fighting against the likes of Disney is surely not a good idea for mobile networks.

I can understand the troubles publishers face with limited space on mobile screens, and I have often seen badly placed adverts that are simply in front of the content (Even I think that looks bad). That’s where I believe dynamic advertising and creative marketing can really make a difference to the user experience.

Take for example in-image advertising. Pictures are automatically formatted to fit the mobile screen, so if you are applying in-image advertising you are going to get a better result than just putting adverts within the text (see how images help you convert here). It is not a secret that having pictures that relate to the content increases the total views an article has, which is also an important factor in in image advertising. When the advert reflects the content of the article you are more likely to get engagement from the readers. MDG Advertising agency shows how important images are for content in this creative infographic. 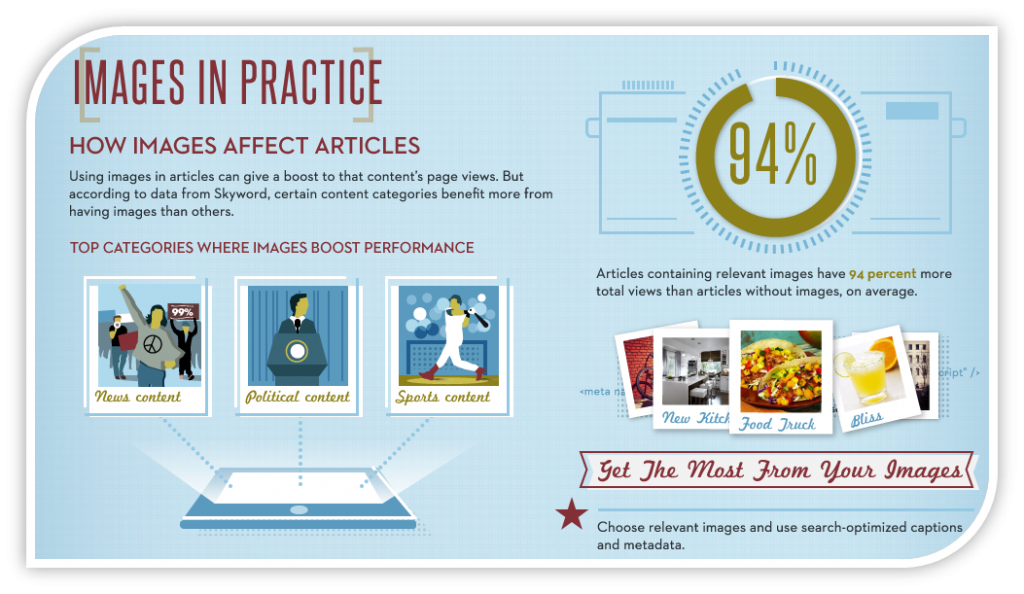 The same logic is applied to video advertising; mobiles are much more responsive to visuals, whether its images or video. With more publishers pushing towards the dynamic advertising option, it will actually resolve the issues some mobile users have with the current format. What will the mobile networks have to complain about then?

5.  Are Adblockers Immoral? You Decide.

Let’s take a step back. As a top publisher you have heavy competition and the digital landscape is saturated with clickbait articles that leave you pulling your hair out. You have to tailor your content for your audience, hire the best in the industry to push your company forward and invest in researching the niches so that your content actually makes an impact. And all of this results as free content for your readers. Doesn’t seem fair, but that’s where advertisements come in.

OK, so as a reader you might not like the adverts. I understand it can be annoying and sometimes you might have to click on an X. But just to put this into perspective; using advertisements is the way your favorite content publishers make their money and are able to continue giving you the articles you love to read.

So reader, it’s up to you to decide if adblockers are as immoral as some people say.

The mobile advertising industry is still fairly young, and many publishers are still finding their feet in these murky waters. If you still want more convincing on mobile advertising trends you can check out the 3 predictions I made last month.

I personally think this hype has yet to show any sort of credibility, and online publishers don’t need to get worked up. There is a need for publishers to implement different advertising strategies that will fit mobile devices to improve the browsing experience for their users. If publishers continue to be bullied by these threats, there might be a move towards paid content, where the masses will be charged per article they read or share. Now we know that no-one wants that to happen. Even mobile networks.

This post was co authored by Oren Dror and Shirley Pattison