How do you ensure consumers see your ads? Create unmissable ads and they may even take them viral. That, at least, is what American insurer Geico did with its smartly designed pre-roll YouTube ads that address two challenges: a tendency to skip pre-roll ads on YouTube and persuading viewers to not only not skip the ads but share them widely and dramatically increase their exposure.

You’re probably familiar with the option to skip pre-roll ads on YouTube. This option is available to YouTube’s “Skippable” Video Ads:

In a skippable video ad, viewers are given the choice to skip the ad after the initial 5 seconds. After the view of a skippable ad, it will increment the YouTube view count at the 30 seconds mark or when the ad has been watched completely. Skippable video ads can be a maximum of 60 seconds long.

One of my friends once joked that the shortest time period is the time it takes for a person to click on the “Skip Ad” button after those 5 seconds and start the video he or she wanted to watch in the first place. In some ways clicking on the “Skip Ad” button has become the new “banner blindness” phenomenon because the content of the video ad becomes meaningless. It is just the annoying interval from the time you click on the video link to the time you start the video. Unless, that is, the video ad captures your attention so effectively and you don’t just refrain from clicking on the button, you make a decision to watch the ad.

The numbers don’t lie: When a YouTube preroll ad comes on, users are primed to click the “Skip Ad” button the very millisecond it appears on screen. Research says 94 percent of preroll gets skipped shortly after the first five seconds (which are unskippable). And frankly, that number seems low.

Geico ran an ad campaign called “Unskippable Videos” at the beginning of 2015. The ads were smartly designed to take advantage of those first 5 seconds before the “Skip Ad” button appears to capture your attention and persuade you to wait a little longer. Those who didn’t skip were rewarded with some of the most entertaining and innovative ads on YouTube. They were also exposed to a very prominent Geico logo in the middle of their screens for up to 70 seconds. The most popular video from this campaign was “High Five” which ran for 16 seconds:

It earned over 17 million views (17,656,784 as I write this article). That is pretty good for a 16 second ad about an insurance company. Another successful video is “Family” which has an extended version that runs for 1:05 (the initial version is here):

This video ad attracted almost 8 million views (7,986,156 as I write this) and it is one of the funniest videos I’ve seen, especially if you watch the actors’ faces (the actors had to remain frozen but that is the only spoiler you’ll get from me).

Perhaps the real innovation in these ads is that Geico opted not to simply run their made-for-TV ads unchanged. Instead, they created enough of a tease in those first five seconds and even though they specifically told viewers that there is no point skipping the ad because it was already over, the additional 10 to 25 seconds were almost pure entertainment value, despite the oversized and centered Geico logo. The “Family” ad won a Grand Prix in Film at Cannes Lions in June. Tor Myhren led the jury and described the campaign as follows:

The campaign “breaks every single rule of filmmaking,” Myhren said. “Instead of begging you to watch this ad, they challenge you not to watch it. And you can’t take your eyes off it. Instead of a long story with a tenuous link to the brand at the end, there’s a gigantic logo of the brand in the middle of the screen the entire time. This deceptively simple piece of communication really showed us that film can reinvent the way you look at media—the least sexy medium in the world, which is preroll.”

The creative agency, Nail, created a proof-of-concept pre-roll ad designed to take advantage of those 5 seconds that was also, essentially, unskippable. Their ad didn’t attract nearly as much attention but it was another interesting approach to the challenge:

In the agency’s explanation of the concept ad (you can read the full explanation in AdWeek’s article “Agency Tries to Make an Ad That’s All but Unskippable as YouTube Preroll”), the agency made a pretty graphic and accurate point about common video ad strategies on YouTube: 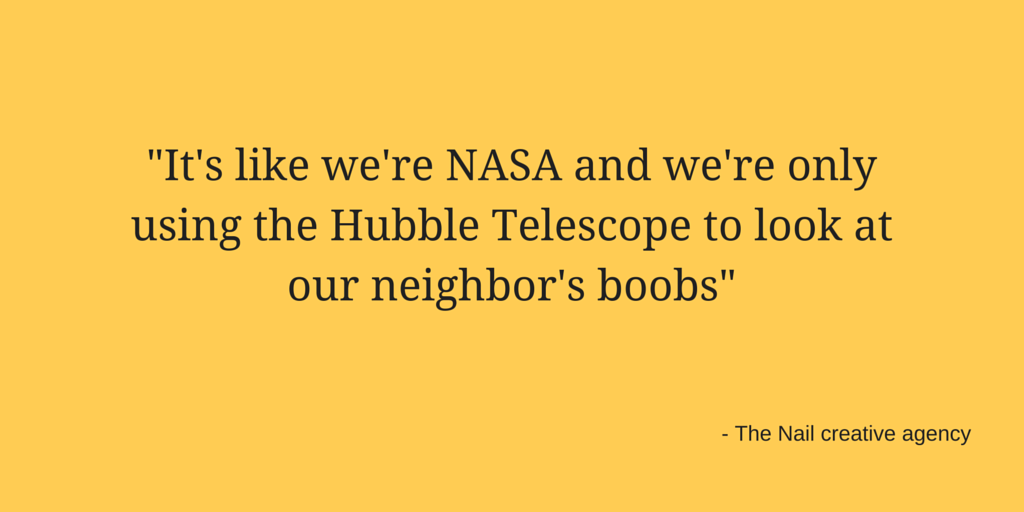 As with any successful advertising or marketing campaign, the campaign needs to be relevant and appropriate for the medium you are using. In the case of YouTube pre-roll ads, you only have a few seconds to capture a consumer’s attention before they skip to the main attraction. As Geico has proven, if you can create something remarkable that persuades consumers not to skip the ad, you will have succeeded where so many other advertisers have failed.

While not a short-form ad like the Geico ads, the other Grand Prix winner at Cannes Lions in June was the Leica “100” ad which cleverly re-enacted iconic photographs using posed actors and scenes. The scenes are interwoven with each other to showcase Leica’s role in the story of modern photography and the result is a captivating ad that is certainly worth not skipping:

As Myhren explained to AdWeek:

“This is a nearly perfect piece of filmmaking,” he said. “The visual storytelling is unique and stunning. The writing is absolutely amazing. And importantly, it’s a category that is challenged right now with cell phones and with photography becoming a little bit less sexy.”

Where many advertisers may have regarded the five second lock-in as a challenge and crossed their fingers hoping they conveyed the message before viewers clicked away, innovators like Geico, Nail and Leica recognize the opportunities within those constraints and find ways to exploit them.

Ending the war isn’t going to be easy and one side is going to have to take the first step. This time, it looks like advertisers are going to have to take a bullet and do the hard work to transform ads from an annoyance into something that consumers would be more likely to tolerate, perhaps even welcome (at the risk of getting way ahead of myself).

This new generation of video ads makes a more concerted effort to create content specifically for these emerging ad placement opportunities. Twitter’s 140 character constraint has long been regarded as an important distinguishing feature of the service despite other services having much more space for updates. Constraints like Twitter’s 140 character tweet and YouTube’s five second lock-in counterintuitively offer advertisers more opportunities to truly innovate and produce unmissable ads consumers want to watch and will share.