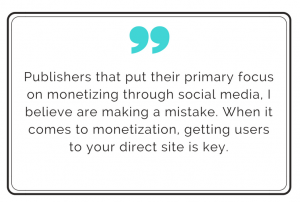 High traffic website monetization is facing a tremendous challenge as social media sites increasingly dominate digital content. Publishers must ask themselves: What can be done to ensure continued high site traffic and revenue increases for publishers in today’s online environment?

In this article, I will discuss the key to high traffic website monetization as well as four specific ways publishers can drive traffic to their sites.

The key is delivering users directly to your site

I know what you’re thinking, it’s obvious that bringing traffic to your site is key for site monetization. However, what isn’t always obvious is the importance of getting users directly to publishers’ sites rather than social media. Social media is an important distribution channel, but shouldn’t be the destination in and of itself.

With Instant Articles as well as recent algorithm changes, social media sites like Facebook and LinkedIn are keeping users within their networks and away from publishers’ sites. What does this mean for publishers? Less control over monetization and ultimately, decreased revenues for those that don’t build a proper strategy to drive traffic to their direct sites.

Publishers that put their primary focus on monetizing through social media, I believe are making a mistake. Social media is certainly an important distribution channel, with sites like Facebook and LinkedIn having over 2.1 billion users combined. However, when it comes to monetization, getting users to your direct site is key.

Social media is important, but not everything for high traffic website monetization

Social media is a very large distribution channel and can bring a lot of users to both low and high traffic websites. However, putting too much focus on social media is a risky strategy for two important reasons.

Facebook controls the NewsFeed algorithm and can change it any time in their own favor. Here are just a few recent algorithm changes from Facebook that have hurt publishers:

Publishers with a Facebook-centric strategy are at the mercy of Facebook’s algorithm changes and have little control of their own destiny.

Social media sites control the revenue sharing model. For example, Facebook takes 30% of revenue from advertising on its’ Instant Articles platform. This means that instead of getting 100% of revenues on their own sites, publishers are only getting 70%. That 30% means a lot of lost revenues. Even worse, Facebook controls the revenue sharing model and can change it at any time. 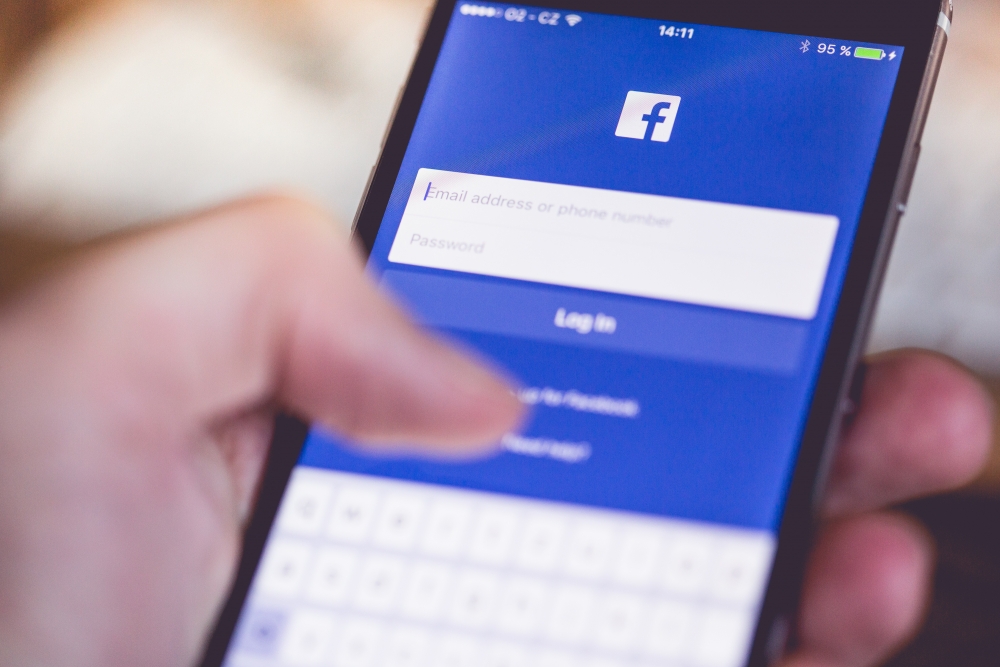 So, how can publishers get more traffic to their direct sites?

Social media is still an important distribution channel and I am not saying it should be disregarded. Publishers should continue to maximize their social media efforts, but need to build a more balanced strategy focused on getting users to their direct sites.

SEO will become even more important in the coming years as social media websites continue to decrease organic reach. Here is a short SEO guide we wrote in 2015 that continues to remain relevant for publishers.

Compelling Content is perhaps the most important element for publishers to thrive in today’s online environment. It’s important to look at your data in order to properly understand your audience. By using a data-driven approach publishers can build content that’s relevant and engaging to their readers.

Excellent UX that gets users to return to your site. The user experience is increasingly important for high traffic website monetization, especially as the ad blocking trend continues. To ensure great UX that allows for optimal monetization, use smart ad formats such as in-image and native advertising.

I hope you found this article useful. If you did, here are two more I think you will like: